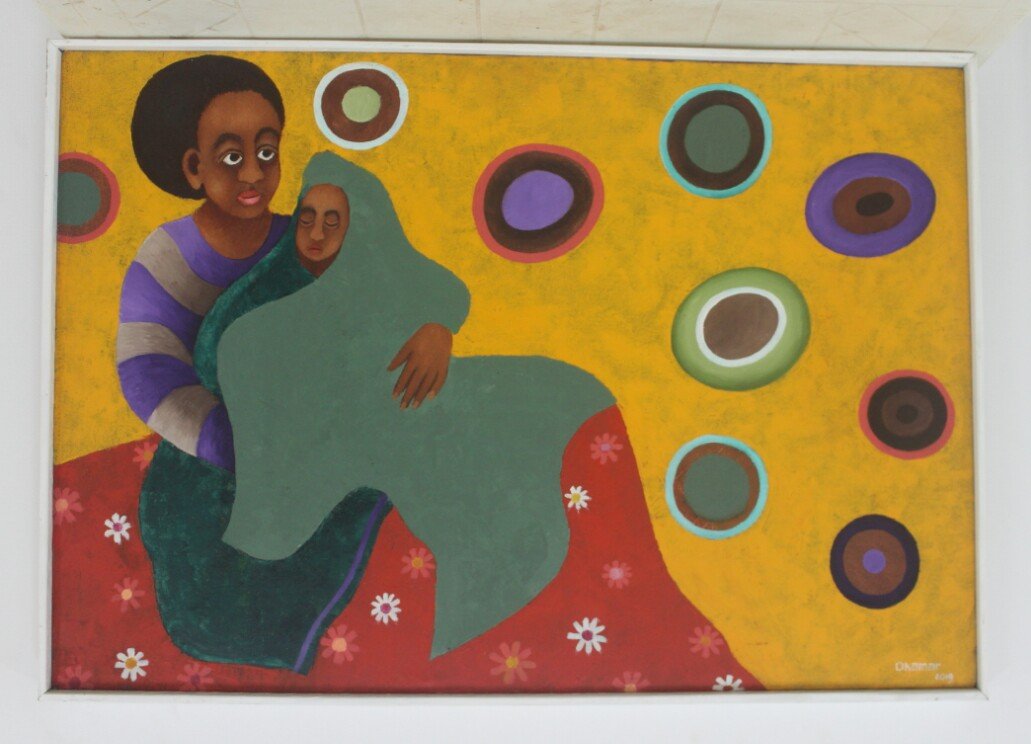 Onesmus Okamar is the eldest son among other four siblings. Born in 1994 from, Busia County, Western Kenya. He started painting in his early years by following the work of his uncle. He learnt more about art from reading the exhibition reviews from newspapers, books and art related journals. His favorite art book is “Art across Time” where he discovered and followed some of his heroes like Gustav Klimt, Leornado da Vinci, Pablo Picasso, Michelangelo di Lodovico Buonarroti Simoni and Rembrant van Rijn among others. His desire to do more in art intensified in 2009 when he started practicing art as a part-time artist since he was still in school. In 2011 he sought after being an artist. In 2012 he started doing art as a career. A year later he was ushered into the art market by Maina Boniface, his mentor.

As a great believer of Karma, in his art works the main subject he puts much emphasis is love which he believes is the only solution to things affecting people in the community. His primary medium of practice in painting has been oil on canvas which he practiced for quite some time and he later introduced acrylics. He draws his inspiration from God through day-to-day human activities, in communities and most of all his personal life. With his work he is aiming to participate in the documentation and development of culture, create public awareness in our communities, be an ambassador of peace and love and to fill in gaps in the local and international histories.

Since early this year, Okamar has been researching on both the early 16th and late 16th century masters of mannerism and baroque styles which he believes is the current influence behind his current work.

He has sold his work to mainly private collectors from Kenya, the rest of Africa and internationally in USA, UK, Thailand, Spain, Russia, Australia, France, India and Italy. Okamar is also a sculptor who practices using soapstone, granite, wood and metal. He works from his studio at the Kobo Trust (Nairobi Kenya).